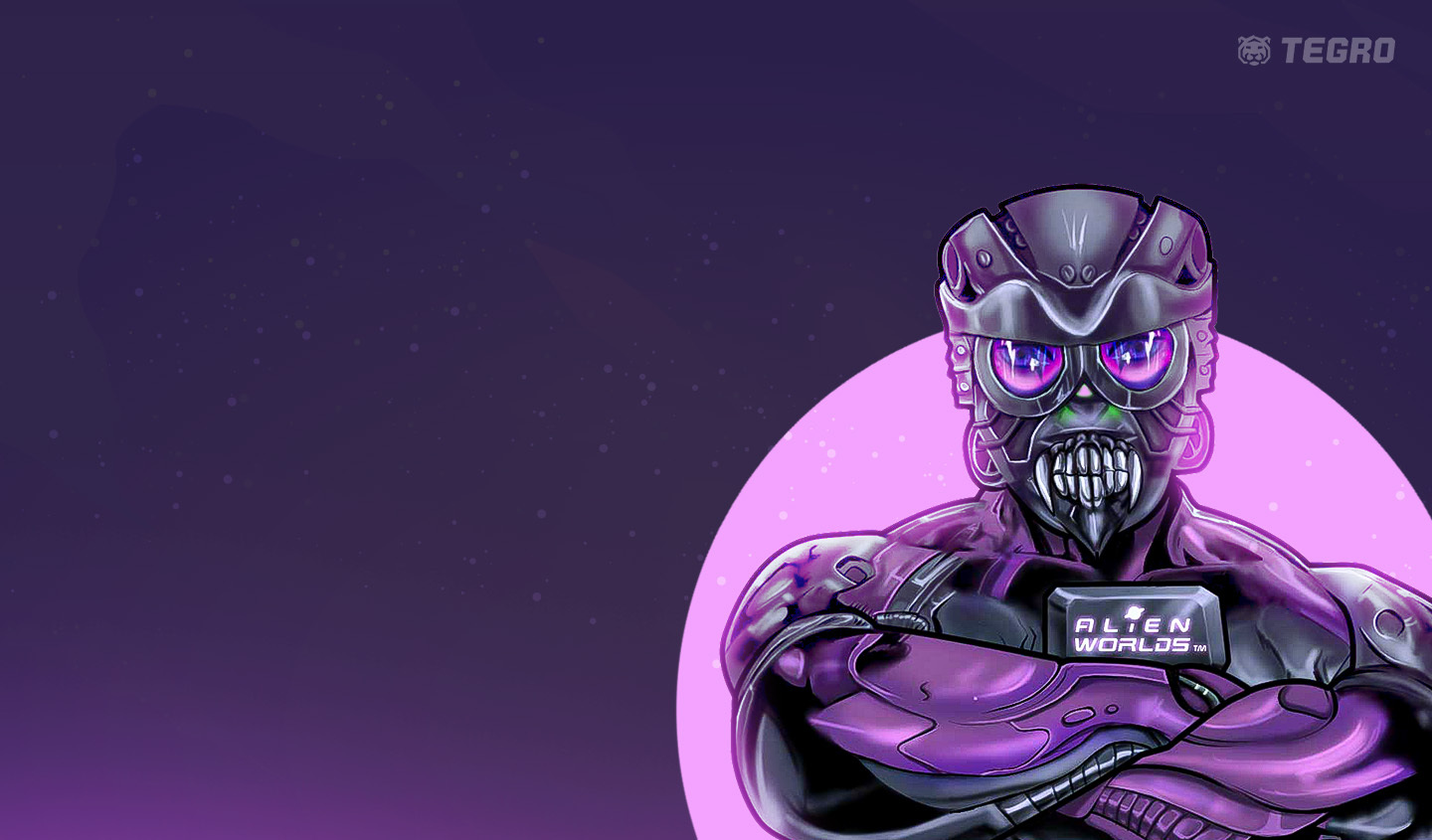 In this week’s game review we’re covering Alien Worlds -  a game that has maintained its position as the lead performer on DappRadar’s top blockchain games list even in the bear market. LFG!

The Alien Worlds economy is made up of four key pillars -  Trilium, NFT land plots, Tool NFTs, and Planetary Decentralized Autonomous Organizations (DAOs) aka PlanetDAOs. These elements makeup the gameplay in Alien World’s - let’s have a look at each of them.

Trilium is the lifeblood of Alien Worlds economy. It’s the primary utility currency of the game - meaning that every transaction you make in the game will be with Trillium.  It’s a cross-chain ERC-20, BEP20, and WAX fungible token. For folks that landed here straight from Web2 gaming - think of Trillium as gold from World of Warcraft that you can use to buy in-game items like weapons, skins etc. in the game. However, unlike WoW Gold you can convert Trillium into fiat (i.e. real money, at least according to the government).

Land NFTs are plots of land in the virtual universe of Alien Worlds'. They are platforms on which players mine Trilium in the game. These are like metal ores but inside the metaverse. Players can purchase these plots and rent them to other players for mining, in exchange for a fee. Alien Worlds initially released 3343 land plot NFTs that came in 20 different variants. Some of the land plot types in the game are Mushroom forests, Icy Mountains, Rocky Deserts, and Plains.

To mine Trilium and other non-fungible tokens in the game, players (Explorers) need tool NFTs. Although Alien Worlds gives each player a free NFT shovel upon starting the game, to increase their mining output, players need to purchase more powerful NFT tools. Each tool in the game comes with its own attributes. For example, Lucky Drills are the ideal tool of choice for mining Trilium, whereas Glover Discs are better for locating NFT-rich land plots.

Every planet in Alien Worlds is a DAO . This means every planet has its own set of rules and governance. Players can participate in the governance elections of planets by staking their acquired Trilium. Currently, there are six active planets in the virtual universe of Alien Worlds. These are Magor, Neri, Naron, Kavian, Veles, and Eyeke. Planets receive a daily supply of Trilium through the game’s smart contracts. Custodians (elected officials) of the DAO can then decide on an allocation strategy for the received Trilium.

Apart from essential NFTs like land plots and tools, Alien Worlds also features many other NFTs that are not crucial to the gameplay but can be acquired by the players as a side quest. These NFTs come in six different levels of rarity: Abundant, Common, Rare, Epic, Legendary and Mythical.

Alien Worlds' smart contracts inflate the circulating supply of Trilium every 24 hours. The new Trilium is distributed amongst the planet's DAOs and land owners. Each planet receives the new supply proportional to the amount of Trilium users have staked on it. The distribution of Trilium between planet DAOs and landowners is 80% and 20%, respectively. Landowners receive their Trilium rewards roughly every week. The amount of Trilium a landowner will receive is determined by the quality of their virtual land plot. The game has placed a cap on the Daily Trilium Allocation to the planets at 300k.

Every transaction in the game requires some amount of Trilium. Here are some use cases for Trilium in the Alien Worlds:

On June 30, 2022, players reportedly made 10 million transactions with Trilium on Alien Worlds, as per DappRadar. The transaction volume for Trilium was $16.61 million. The bear market appears to have significantly reduced the transaction volume of Trilium, but that doesn't seem to have affected the demand for the token among players.

While most web3 games use two blockchains at best for their in-game tokens, Alien World’s Trillium runs on three distinct blockchains- Ethereum, WAX, and BNB Chain (formerly known as BSC).

Alien Worlds has fixed the supply of Trilium at 10 billion with an inflation rate of 9% per annum. The game developers want to decrease the inflation rate of Trilium every year. It’s important to note that initially, the total supply of Trilium was 5 billion, according to data aggregator platforms like CoinMarketCap (CMC). However, Alien Worlds explained in a Medium post that CMC and other data aggregators unwittingly displayed the wrong data.

These metrics showcase the financial performance of the Trilium Token on July 28, 2022.

Here’s a breakdown of the community strength of Alien Worlds on different social channels:

Alien Worlds lore and sheer scale has the potential to turn into an epic AAA game.We’re talking about a metaverse that has six different worlds with countless planets that can be explored by the players. Hopefully, the developers will expand the gameplay of the project to include more immersive actions. On the economic side of things,  Trilium is down 99% from its all-time high of $7.83. Understandably, the dramatic collapse in its value might scare investors. However, on the bright side of things, the market crash is a great time to experiment with the game at low stakes.

DISCLAIMER: None of this is financial advice. This article is strictly educational and is not investment advice or a solicitation to buy or sell any assets or to make any financial decisions. Please be careful and do your own research.

Thank you! You have successfully subscribed.
Oops! Something went wrong while submitting the form.

To stay updated on everything in the world of web3 gaming.

Thank you! You have successfully subscribed.
Oops! Something went wrong while submitting the form.
© 2022 Tegro